Anushka Sharma a beauty from Uttarakhand 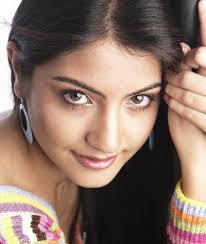 Anushka Sharma was born on May 1, 1988 and she is an famous and beautiful Indian actress and former
model who has done many Bollywood
projects. She make her featuf in 2008 in Aditya Chopra's movie Rab Ne Bana Di Jodi. In this movie her co star was the king of bollywood i.e. Shahrukh Khan. Her recent movie is Band Baaja Baaraat which was released in 2010.

As I have told you earlier that Anushka Sharma was born in Bangalore. But she is basically from Uttarakhand as her parents belongs to Garhwal in Uttarakhand. Her father is an Army man, his name is Col. Ajay Kumar Sharma, her mother's name is Ashima Sharma and she is a housewife. Her elder brother Karnesh is in the
Merchant Navy. Anushka Sharma did her schooling from Army School and she did her graduation with specialization in arts from Mount Carmel College Bangalore. She is currently living in Mumbai.

Anushka Sharma is a popular Bollywood actress and a popular model. She began her carrier as a model. She began her modeling career at the Lakme Fashion Week and in this show she was a model for Wendell Rodricks's Les Vamps. She start her bollywood carrier with her first acting role was in Aditya Chopra's Rab Ne Bana Di Jodi which was released in year 2008, in this movie she was opposie to Shah Rukh Khan. Her second movies was Badmaash Company. This movie was also under banner of Yash Raj Films and this was released on 7, May 2010. Her third movie was also under the banner Yash Raj
Films and the name of the movie was Band Baaja Baaraat. This movie was directed by Maneesh Sharma Ranveer Singh was opposite to Anushka Sharma. Band Baaja Baaraat was released on 10, December 2010. Her fourth movie was Patiala House, it was her first movie which was not a project of Yash Raj banner. Patiala House was
released on February 11, 2011. For more information please keep visitin www.uttarakhandspider.com